War Emblem is now in quarantine.
He is slated to leave from Narita Airport on Oct 8th and arrive in the states on Oct 9th.

source: uma-furusato.com, an official source for breeding in Japan.

Thanks Tachyon so soooooooooooo much for the beautiful pictures and information! I am praying for War Emblem a safe trip today or last night and throughout! I heard he will be on the same plane as Empire Maker! Your comment you posted from his caretaker warmed my heart so much and confirmed everything I saw about War Emblem when I saw him in person and always believed! <3
'Yusuke Tsutsui, who took care of War Emblem at Shadai, said, ''I've never seen any horse as bright as War Emblem.'''
I am sure Yusuke Tsutsui will miss him very much!

Thanks again so much and please continue to tell us how is offspring are doing....
Top

You are welcome!
I've just learned a few hours ago that Empire Maker would leave from Japan on Oct 22nd.
I saw both War Emblem and Empire Maker in person when I lived in the US and it's like yesterday.

Both will be missed here.
But, like most of Japanese fans, I'm very glad that both can now return to their home country where many fans are waiting.
I really liked recent picks of War Emblem, too.
It was a shame that he was not fulfilled as a stallion.
But we all now should understand that he was picky because he was extremely bright.

And he left some wonderful babies at least.
It sounds like Civil War got some good number of mares despite of his late arrival to stud this year.
But I'm waiting for the confirmation.
Stay tuned!

War Emblem has arrived in the states. 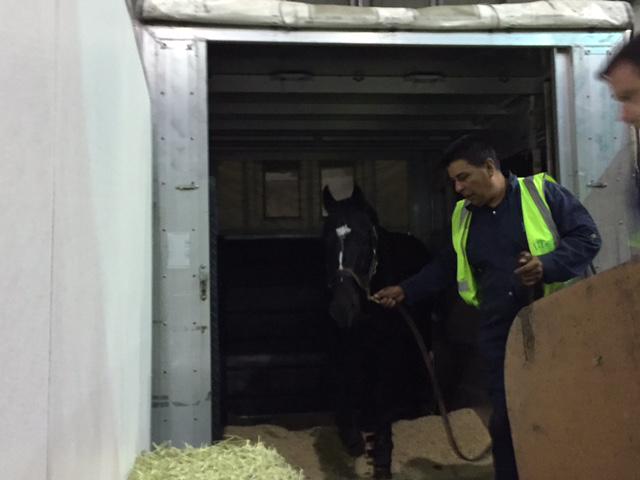 Tachyon, I started this many days ago and didn't know I hadn't finished! Thanks so much for letting us know WE arrived safely!

So glad to hear that!!! So good to see new pictures of him and he looks great! It has been a long while since he has been on a plane!

Thanks also for the kind post and the news that Civil War seemed to have been popular? That is so exciting! I look forward to his babies!!! I never understood why they didn't pick more of his sons to be stallions, especially with so few. I think Shonan Alba would have been a good prospect as a stallion. And Kings Emblem! Did you say he has another career? And I think any of his first four sons out of his first crop, Admire Million, Clan Emblem, Shonan Raijin, and War Games. There was also War Tactics! And too bad Danon Programmer I see is a gelding, by his favorite mare, Click Here. Even Peace Keeper. They are all good horses! I don't know why they wouldn't have picked several of these to be stallions?

And I do believe War Emblem was picky because he is bright and has a mind of his own! 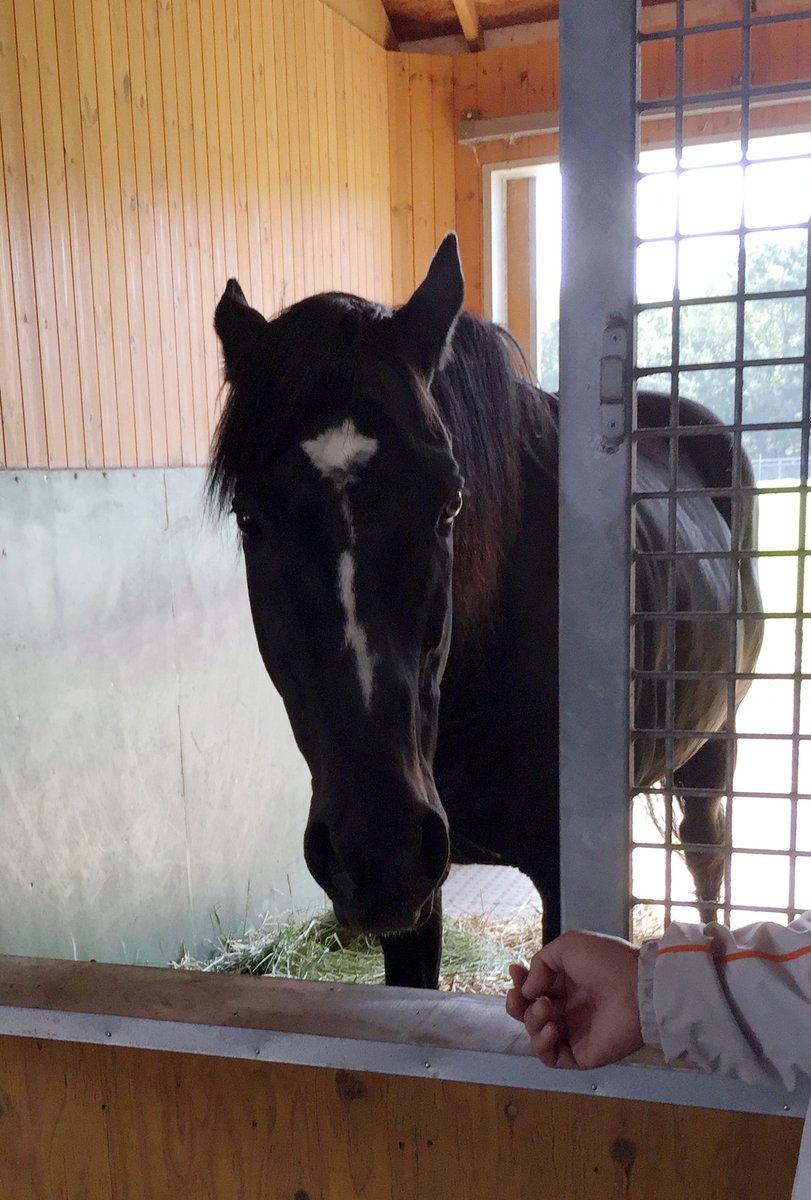 That was a real scary.
But, fortunately (and even miraculously), Robe Tissage was okay after a bad spill in the G2 Swan Stakes today.
I'm so relieved.
Robe Tissage (#8) was interfered by other horse (#10) when she was seriously in contention.

That was horrible.....so so glad she is okay?! Is the jockey okay? Yes a miracle so thankful! How is she doing now?

How did Bright Emblem do?
Top

Bright Emblem ran well but finished in an unlucky seventh in the G1 Kikuka Sho.
His jockey almost fell as he was checked by other horse at the final turn.
Last edited by tachyon on Fri Nov 06, 2015 1:39 pm, edited 1 time in total.
Top

tachyon wrote:
It sounds like Civil War got some good number of mares despite of his late arrival to stud this year.
But I'm waiting for the confirmation.
Stay tuned!

Civil War covered 62 mares in his first season at stud.

He had arrived at Breeders Stallion Station in late March.
Top

Robe Tissage(JPN) has now been retired from racing.
She will be a broodmare at Northern Farm where she was born.

Black Emblem has been bred to Victoire Pisa this year.
Top


Civil War was born in 2005. He is by War Emblem out of Ticket To Dance by Sadler's Wells.
Civil War is the first and only stallion by the Grade 1 Kentucky Derby and the Grade 1 Preakness Stakes winner War Emblem. He was a successful performer on dirt and captured five Jpn races on dirt in NAR including Nagoya Grand Prix and Breeders' Gold Cup (twice).
Civil War entered stud in Japan in 2015.

Hi Tachyon, thanks so much for the update and video of Civil War!!! I am happy to see him and sure hope he is happy in his new career. I wish War Emblem had had a longer racing career before retiring to stud like Civil War. I am so happy he has at least this one son at stud and really hope he does well. I hope some day one of War Emblem's descendants make it to the USA. Do you know if any were successful in Australia (or another country)?

How is Robe Tissage? Who was she bred to?

I really don't understand why King's Emblem is not at stud? He was successful and has a great pedigree. I have said this before, but also sons like Clan Emblem, War Tactics, and Shonan Alba, etc? Any chance Danon Programmer could go to stud? (by his favorite mare Click Here)

Thanks again Tachyon for providing such wonderful information on War Emblem and his family!
Top

His 3rd dam Only Royale(IRE) is a highweighted, multiple G1 winner in Europe.

Hi Tachyon,
I know it has been a while! I love the pictures of Civil War's first foal - a beautiful filly! And the picture of Civil War - he is gorgeous!

Can you tell us anymore about how Civil War is doing and any of the other offspring and "Grand-offspring" of War Emblem???