Siblings (and offspring) of well-known horses

Which makes Queen's Plate winner Eye of the Leopard her uncle.

And GSW Deceptive Vision her aunt. Lovely family. Desert Ride looks like a very good one for them!
Top

She came flying from the last to run down her rivals in the final straight!
12-4-1-3. 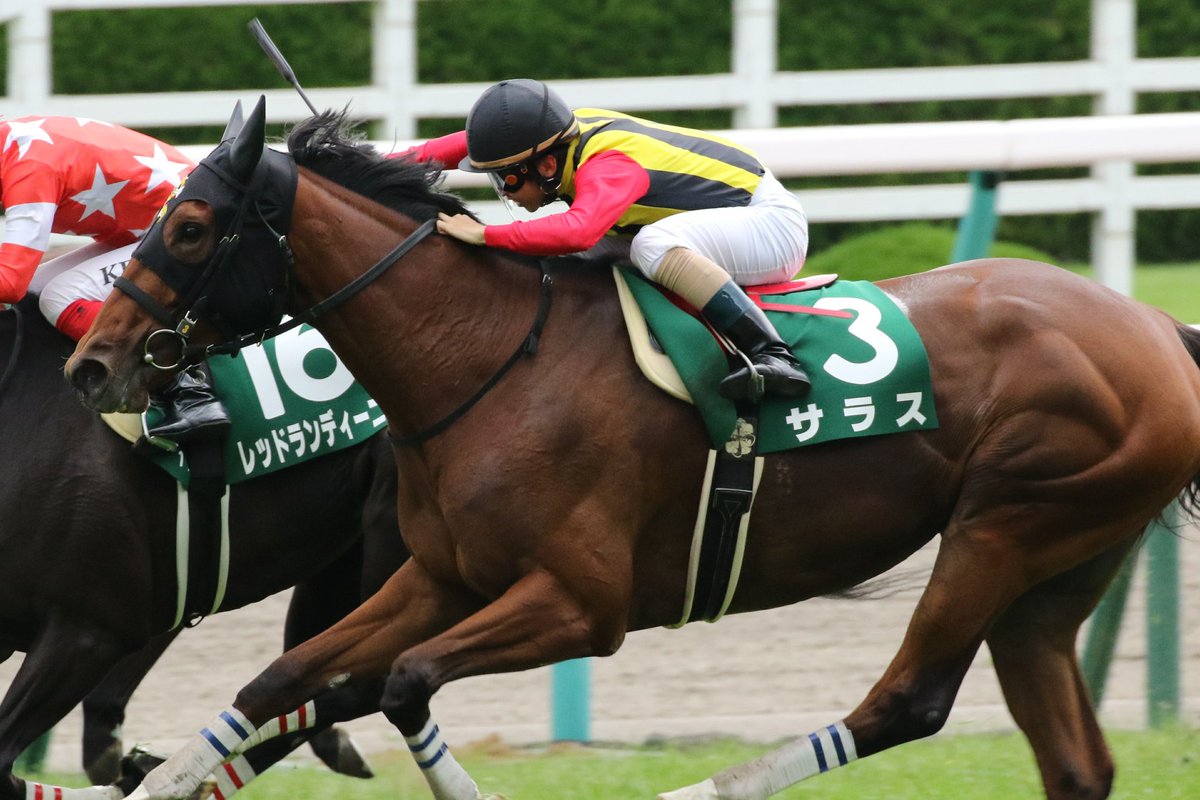 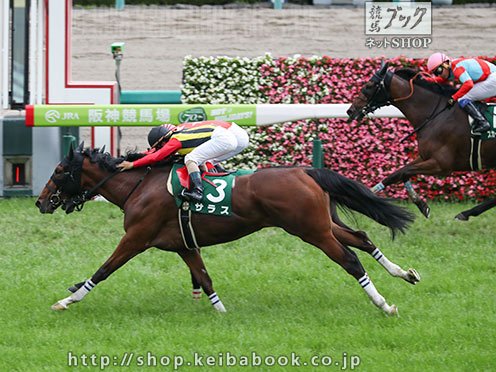 Beyond Smart, 1/2 to Bricks and Mortar, finished second in the Robellino Stakes.
"I'm here, free as the wind, fountain of extraordinary knowledge, splendidly corrupt, and eager to be of profitable service."
~ Peter Lorre 1904 - 1̶9̶6̶4̶ ∞
Top

Perkunas, a full brother to Lovely Maria foaled in Japan, won his three-year-old debut today. He notably finished fourth to Roger Barrows in his second start, after winning his career debut.

Ragman Jazz, a half brother to Shanghai Bobby, won Race 1 at Balterra Park.

Race 6 at Churchill was star studded. It was originally a turf race, but these guys braved the mud when it was taken off the turf.

The winner was Ry's the Guy, a son of English 1,000 Guineas winner Sleepytime by Distorted Humor.

In second was Felix the Fox, a son of MGSW Wine Princess (daugher of Azeri) by Tapit.

In third was Copper King, a half brother to Mine That Bird and Dullahan by Medaglia d'Oro.

In fifth (and last) was Shared Legacy, a full brother to Shared Belief.
"I'm here, free as the wind, fountain of extraordinary knowledge, splendidly corrupt, and eager to be of profitable service."
~ Peter Lorre 1904 - 1̶9̶6̶4̶ ∞
Top

Wow, thanks for pointing out that race, Mylute. Quite the lineup!
Top

Seems they've FINALLY officially pulled the plug on Ziconic.
No word on whether he was gelded or what their plans are.

http://www.zenyatta.com/news/ziconic-be ... kl3ZklkVP8
"It's been my policy to view the Internet not as an 'information highway', but as an electronic asylum filled with babbling loonies."
Top

Retrospectiv wrote: ↑
Wed Jun 12, 2019 5:34 pm
Seems they've FINALLY officially pulled the plug on Ziconic.
No word on whether he was gelded or what their plans are.

No gelding notification with the JC yet. He has gone to a sporthorse farm in Cali (http://www.templetonfarms.com/). They train, breed, and show sport horses. I'm guessing they're still letting him down and evaluating his strengths, etc. It's a beautiful facility.
Top

My Sister Nat (FR), a 1/2 sister to champion Sistercharlie (IRE), is entered at Belmont on Saturday in Race 3 for her US debut. She was a G3 winner in France last year and, like her sister, was a private purchase by Peter Brant. He also owns the 2YO and 3YO from the mare, both purchased at auction. The 3YO, Sottsass (FR), won the G1 Prix du Jockey Club a couple of weeks ago.
Top

Souper Escape, by Medaglia d'Oro out if G1W Cry and Catch Me, won the Christiana Stakes.
"I'm here, free as the wind, fountain of extraordinary knowledge, splendidly corrupt, and eager to be of profitable service."
~ Peter Lorre 1904 - 1̶9̶6̶4̶ ∞
Top

She ran a good 3rd
Top


Yay - I loved Tapitsfly; is this her first foal?

Based on her JBIS page she was bred to Deep Impact and Orfevre, but didn't carry to term. Gran Alegria is her first to survive and race.

As was said to be quite different from his quick sister, Gran Alegria, he rather seems suited to middle distance races. 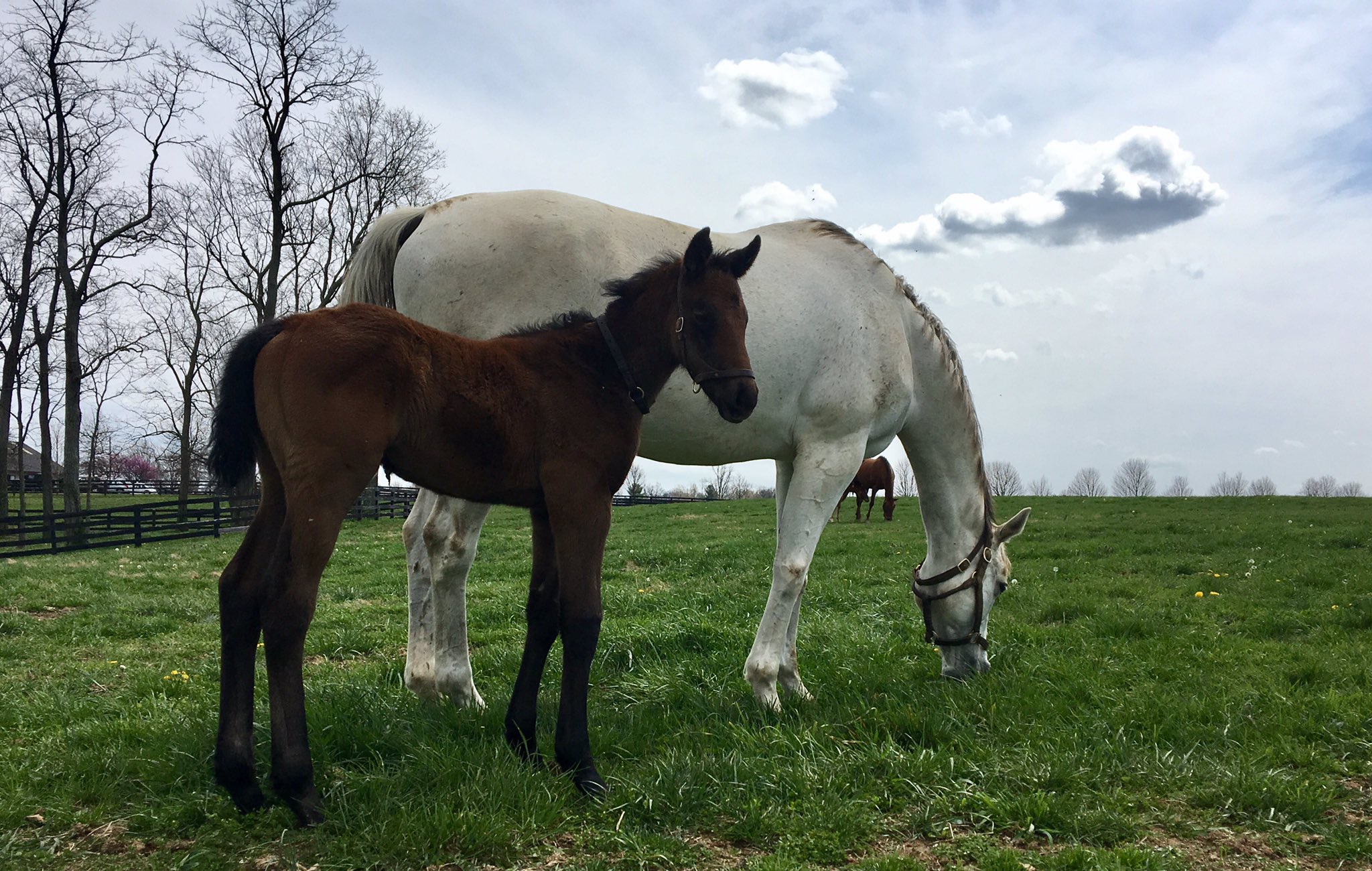