mariasmon wrote: ↑
Sat Feb 16, 2019 1:40 am
On the plus side, without TVG you don't have to listen to that awful Candice Hare. Why did anyone think it was a good idea to put her on television?

Here is the full race:
https://www.youtube.com/watch?v=m7gm-_BiHAs

She also won it in track record time.
Top

Thank you for the links, SparrowCastle & Flanders. Winx is so good, I've run out of superlatives for her.

I don't mind Candace Hare. She knows her stuff when it comes to international racing, so I appreciate that. And she doesn't come close to being my least-favorite TVG host.

I think there is just one entrant not trained by Chris Waller.

I ran marathons. I saw the Taj Mahal by Moonlight. I drove Highway 1 in a convertible. I petted Zenyatta.
Top

And another one.
Top

There is nothing more to say about Winx. She's just amazing. Happy Clapper had a chance running out front like that, but she's just too good. World record 23 consecutive G1 victories, 31 straight victories. Maybe not the strongest field to run against her, but I don't blame others from not trying.
Top

Simply Amazing
May they run with the WIND
Top

Chris Waller Racing @cwallerracing
Lights on, a quick stretch and we are off to work. Winx now stretches on her own ahead of her morning work - something to make you smile

For some reason, videos on Twitter no longer play for me.

I wonder if a YouTube version is out there?
Top

I wonder if a YouTube version is out there?

I googled it, found Chris Waller Racing's youtube channel, but the video hasn't been posted there. Sorry you can't see her stretch.
Top

Winx (Official) Verified account@winx_horse
4h4 hours ago
The day has come!
Today at her home track Rosehill for the final time @cwallerracing saddles up one of the greatest racehorses of all time #WINX. Don’t miss the opportunity to get a glimpse of her today at @longines Golden Slipper Day.
#gowinx
#winxhorselive 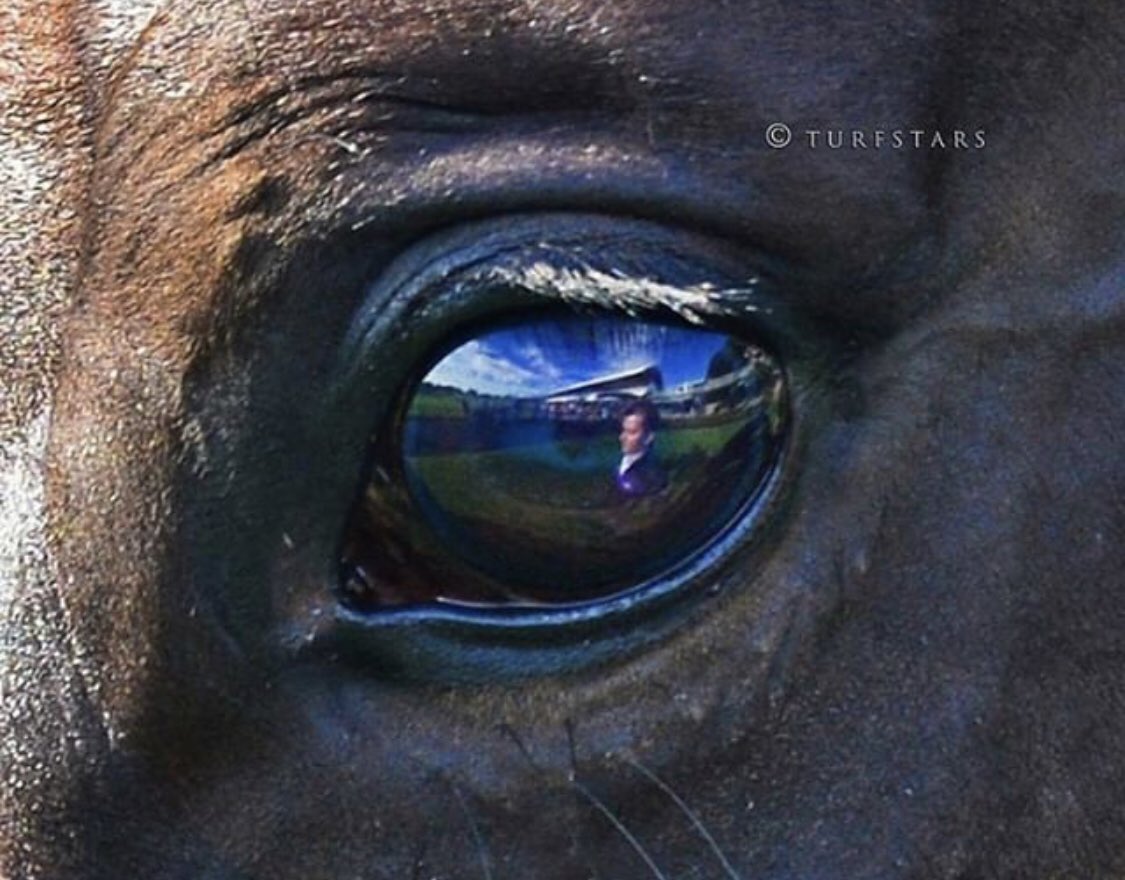 Hoping for a win!
May they run with the WIND
Top

32 in a row. That was so easy my heart rate stayed even. She loved this track.
Top

Wowza! An interview with Mike Smith and Hugh Bowman!
https://mobile.twitter.com/WHR/status/1 ... 1418139648
Ask me any questions you have about New Zealand and Australia racing
Top

What was the answer to TVG's trivia question yesterday?
For a Winx cap and t-shirt, how many different racetracks did she win at?

I've heard bits and pieces of this story before. Here it is in its entirety. I'm posting the complete article which I don't like to do. But, when I did the Preview thing, the link wouldn't open for me. Hope you have better luck so you can see the other pictures.

Eight years ago Australian Turf Club worker Nini Vascotto was diagnosed with stage four breast cancer and told she had five to eight years at best to live.

At the same time a former racehorse called Vegas Showgirl gave birth to a foal that would go on to be named Winx and win an astonishing 32 consecutive races and close to $24 million in prize money.

Somehow Nini’s health and Winx’s career have become intertwined. “Her dedication to win is my inspiration,” said Nini, 42.

As part of her role at the ATC she would put the rugs on the Group One winners after they raced. At Winx’s last race Nini was there with the rug again.

“But I couldn’t lift my arm to put the rug on her,” she said. The cancer has ballooned her arm, which she self-deprecatingly refers to as her “hulk arm”.

After Winx’s first run this year in the Apollo Stakes Nini’s hand was so swollen she could barely tie the rug. It was “taking forever” and she was “willing my fingers to please work.”

Winx remained perfectly still for her to put on the rug “as if she knew” said Nini.

“My experience with rugging horses after they race is that they don’t stand still,” he said.

And while Winx has been providing Nini with strength her own fortitude and positive attitude has been an inspiration to all who know her.

“While Nini has been battling this Winx’s success has given her strength,” Mr V’landys said. “Sometimes when we feel sorry for ourselves we need to compare ourselves to Nini where every day has been a battle and a challenge that she has met without complaint. Your own problems pale into insignificance,” he said.

After Winx won the George Ryder stakes at Rosehill last month jockey Hugh Bowman paid tribute to Nini who “is doing it a little bit tough at the moment.”

Breathless in the saddle from the winning ride he said: “Our thoughts go out to Nini who has been a stalwart working here at the ATC and we know she has been in ill health for some years.

“I am sure that this win today will give her strength that she wouldn’t have had without it and that goes for many people, not just Nini, many many people that just need a bit of a lift,” he said.

Winx’s co-owner Debbie Kepitis said Nini was not the only one who had been inspired by the mighty mare.

“She gives people who need it the hope of what can be achieved,” she said.

“They can get into the excitement of Winx and that’s so touching because unless you hear about the stories you don’t realise some people in the world today need something to look up to.

“She’s a great hope to all people who have difficulties in their life at some stage. She’s showing them that you can be an ordinary horse and achieve greatness.”

“Nini’s love for horses and especially her affinity with Winx has been inspiring during her long battle with cancer,” Mr Barkley said.

“Everyone at the Australian Turf Club looks forward to seeing Nini there with Winx on Saturday.’’

Trainer Chris Waller said he was deeply moved by the impact Winx had on Nini and so many other people’s lives.

He said it reinforced why he got into training horses.

“To see what got me into racing, Hughie into racing and so many others, well now she’s doing it for people’s lives and that means a lot to me.”

She has certainly given that inspiration to Nini.

“Eight years has been my goal, I’m still here and still battling,” said Nini. “But now it’s getting near the pointy end and it is a bit frightening.”

She has been put on a clinical trial in a new bid to fight the cancer but side effects has meant missing work and race meetings.

“Previously the cancer would have to fit into my life but now it is the other way round,” she said.

The first time she and husband Murray Conallin cried was when they were told the cancer meant they could not have children. There have been a few tears since then.

But there is always Winx. “The last race I was feeling a bit rough. So I had a sleep and when I woke up I took some pain killers and said ‘what the hell, I’m not missing Winx.”

Winx won the George Ryder Stakes on Golden Slipper Day at Rosehill, her 32nd consecutive win, and Nini was there in the winner’s enclosure.

On Friday she was re-admitted to hospital, despite being desperate to see Winx’s exhibition gallop and another of her favourite horses, Hartnell, run on Saturday.

Her husband tweeted a picture of himself wearing a hospital mask and necktie saying “if Nini can’t go to Derby Day I’ll bring Derby Day to her at the hospital!”

The couple watched Winx on a hospital television.

Nini quipped on Twitter: “Don’t be surprised if you see a woman in her hospital gown, tubes attached, running down Alison Rd!”

On Saturday Winx’s astonishing career comes to a close with her last run in the Queen Elizabeth Stakes.

“I will be there to see her whether I have been sick or not,” Nini said.

The mighty mare has a mighty kick -