Aidan O’Brien said at York on Thursday that the virus that has played havoc with his season is as bad as he has suffered during his 20-plus years at Ballydoyle.

O’Brien saddled a world record 28 Group One triumphs last season but this campaign, despite achieving another eight winners at the highest level, has been affected by sick horses in all three yards that make up his stable in County Tipperary.

And he is conscious that if the bug resurfaces then his season would effectively be over.

“It’s probably as bad as we’ve got [had] in Ballydoyle, but it happens,” he said. “I’m not complaining because it happens to everybody [at some stage]. It just got in and got through the place.

“There are so many variables that everyone has to deal with - and that’s what makes every year and horse different. You have to play it the way it comes.

“Sometimes the ducks come all in a row and sometimes they don’t, but you have to be patient. The lads are all patient and there’s no pressure.”

Explaining the nature of the problems he has faced, the champion trainer said: “They weren’t scoping clean. It went right through all the yards and everything got it.

“It’s like phlegm or pus in your throat, an upper respiratory thing. It went through the whole place and it’s the same as a human having the flu. Some you can work your way gently with and some you have to pull back and go easy.

“We were lucky in that they worked away, but at the time you have to be easy on them to let them get over it. And when you are being easy they might not be as fit as you would like.”

Interesting to see another example of their confidence in the future of horse racing in China.
Top

The training facility sounds swell, but the article doesn't say anything about whether the HKJC and Australia have come to some sort of agreement concerning quarantine issues.
When I first read about the Conghua Training Centre, it was in an article about Australia and New Zealand declaring that horses who shipped over to the mainland would no longer be allowed to ship to Oz or NZ. The health authorities there had serious doubts about that "biosecurity-zone corridor" being all that secure.
The decision to exile Hong Kong horses who had set foot on the mainland was going to have a profound impact on HK horses; not only would those horses no longer be allowed to race in Oz, but the common process of retiring the horses to farms in Australia or NZ would end.
I've seen a few articles now about China's fancy new spread, but the Oz quarantine issue doesn't seem to come up. I suspect that the HKJC would prefer that we all forget about it.

So happy to see another outstanding filly by Sea The Stars. I would love to see her, Enable and Cracksman face off in the Arc.
Top

So happy to see another outstanding filly by Sea The Stars. I would love to see her, Enable and Cracksman face off in the Arc.

I second this! I'm very pleased for Sea The Stars.
A filly named Ruffian...

He was my favourite racehorse of all time so to see him progressing so well as a stallion is so amazing to see! I hope this filly runs in the Arc and gives Enable and Cracksman a run for their money! Cloth of Stars got so close last year and Taghrooda ran a cracking 3rd behind Treve, maybe this filly will finally be the one!
Top

Another fantastic winner for Sea The Stars!

Meanwhile, Bataash failed to fire in the Nunthorpe (Grade 1) once again despite everything going right for him in the pre-lims, he finished 4th. But the race looked very reminiscent of last year as Mabs Cross and Alpha Delphini hit the wire together. In probably the closest photo I've ever seen in racing, Alpha Delphini came out on top 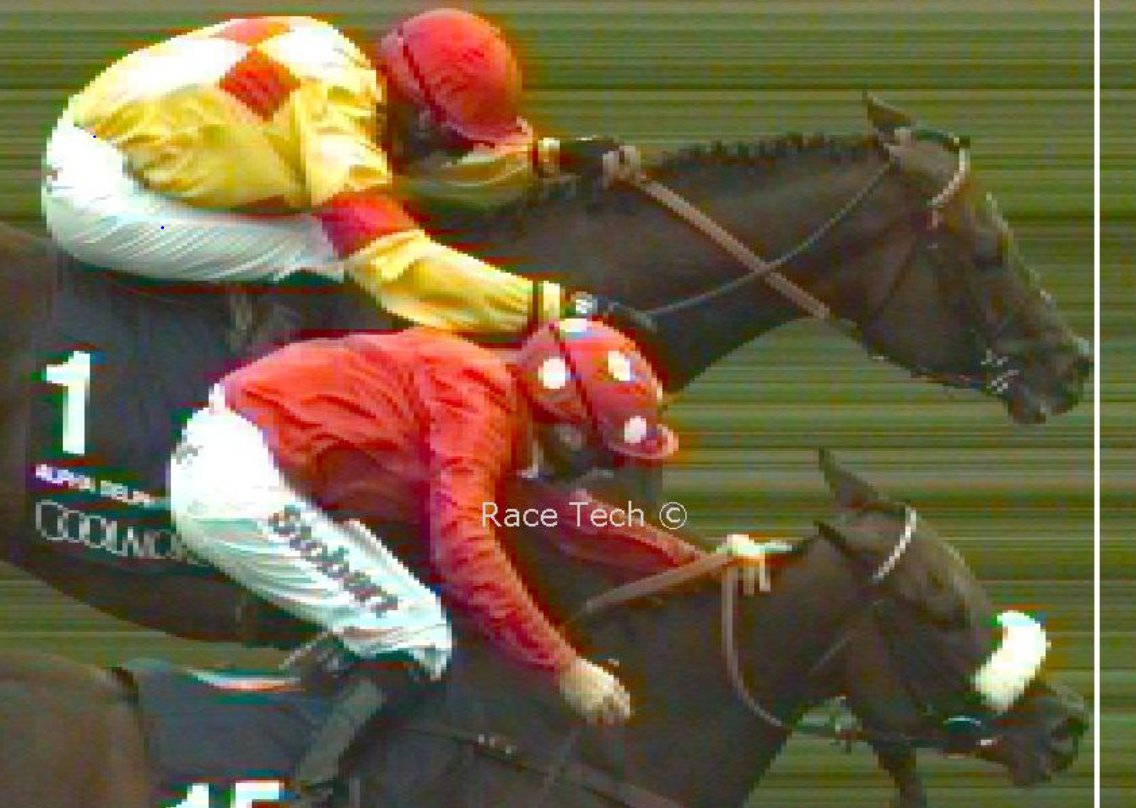 Literally won by a pixel! I personally would have called it a dead-heat (winner is on the far side in case it's not too clear)
Top

Expert Eye Makes No Mistake in City of York Stakes

Enable makes her long-delayed and much-anticipated 2018 debut Saturday at Kempton in the September S (G3) over 12 furlongs. MGSW Crystal Ocean is her biggest competition.

Harry Angel is entered in the Haydock Sprint Cup (G1) on Saturday. It’s his first race since the Royal Asot gate debacle
Top

The third at Laytown (7 furlongs) was run on a BEACH. Next to the OCEAN.

Never saw that before.
Top

Never saw that before.

Laytown Racecourse is a horse racing venue on the beach at Laytown, County Meath, Ireland. Laytown is unique in the Irish racing calendar as it is the only race event run on a beach under the Rules of Racing. The first recorded race meeting in Laytown was in 1868. The races take place on the strand for one day every September.
The strand course is a straight near-level course over six and seven furlong distances.[1]
Read more: https://en.wikipedia.org/wiki/Laytown_Racecourse
Or:
http://www.laytownraces.com/

You think Del Mar has a 'turf meets the surf' meet? Hah.

There is a track in Spain where all races are run on a beach. A track in Switzerland runs in winter, on a frozen lake.
Amazing what you can learn in Dick or Felix Francis mysteries.

I think that one was in Bloodline. Or maybe Fast Money, both by Felix, Dick's son. He's damned good, too, just like his dad. Or it may have... probably was, been in Dick's book Wild Horses.
Dick Francis was Queen Elizabeth's jumps jockey in the 1950's. Then he went to journalism when riding got too much... then started his mystery books, all of which have a racing theme.
Top

About the beach... there’s a show jumping meet in western France that takes place on the beach at mid and low tide, similar idea!
A filly named Ruffian...

Enable just won the September Stakes At Kempton over Crystal Ocean; she won by I think 2 lengths. Lovely come-
back after a long lay-off. she will be on her way to France for her next race. love her.
Top

barbaro111 wrote: ↑
Sat Sep 08, 2018 9:16 am
Enable just won the September Stakes At Kempton over Crystal Ocean; she won by I think 2 lengths. Lovely come-
back after a long lay-off. she will be on her way to France for her next race. love her.

The Tin Man won at Haydock-- Harry's Angel led for a while, then flattened.
Top
Post Reply
729 posts