Grade 1 winner Joking has been retired.

Staphanos, a G3 winning son of Deep Impact, has been retired and will enter stud in New Zealand.

He is from the family of Poet's Voice.
"I'm here, free as the wind, fountain of extraordinary knowledge, splendidly corrupt, and eager to be of profitable service."
~ Peter Lorre 1904 - 1̶9̶6̶4̶ ∞
Top

Camelot Kitten has been retired to stand in New York.

G3SW Watershed was retired and is entering stud in Puerto Rico for his owner, Pedro Agustin Lopez.
"I'm here, free as the wind, fountain of extraordinary knowledge, splendidly corrupt, and eager to be of profitable service."
~ Peter Lorre 1904 - 1̶9̶6̶4̶ ∞
Top

Harris D. Auerbach @AuerHeat
4h4 hours ago
Happy and sad to learn about the scratch today and retirement of #AuerbachBred Cheekaboo. She was a really good young racehorse who provided us with many thrills, memories and a Grade 2 win. Can't wait to see her at @FasigTiptonCo Feb and to seeing her kids run. #UnusualHeat

The following is his retirement ceremony.

Nicole Russo @DRFRusso
3h3 hours ago
Retweeted Brian Ivery
Great news for a terrifically cool horse, out of another Finger Lakes favorite in Shesastonecoldfox. Per the comments below, he'll head home with @DaveCannizzo

Brian Ivery @bcivery
Fox Rules has officially been retired. He’s sound happy and as always a bit cranky. Huge fan of this horse before and during my time of owning him. One of the best ever at Finger Lakes and a damn good turf horse too. Thanks to @DaveCannizzo @cscannizzo @KendrickCarmou1 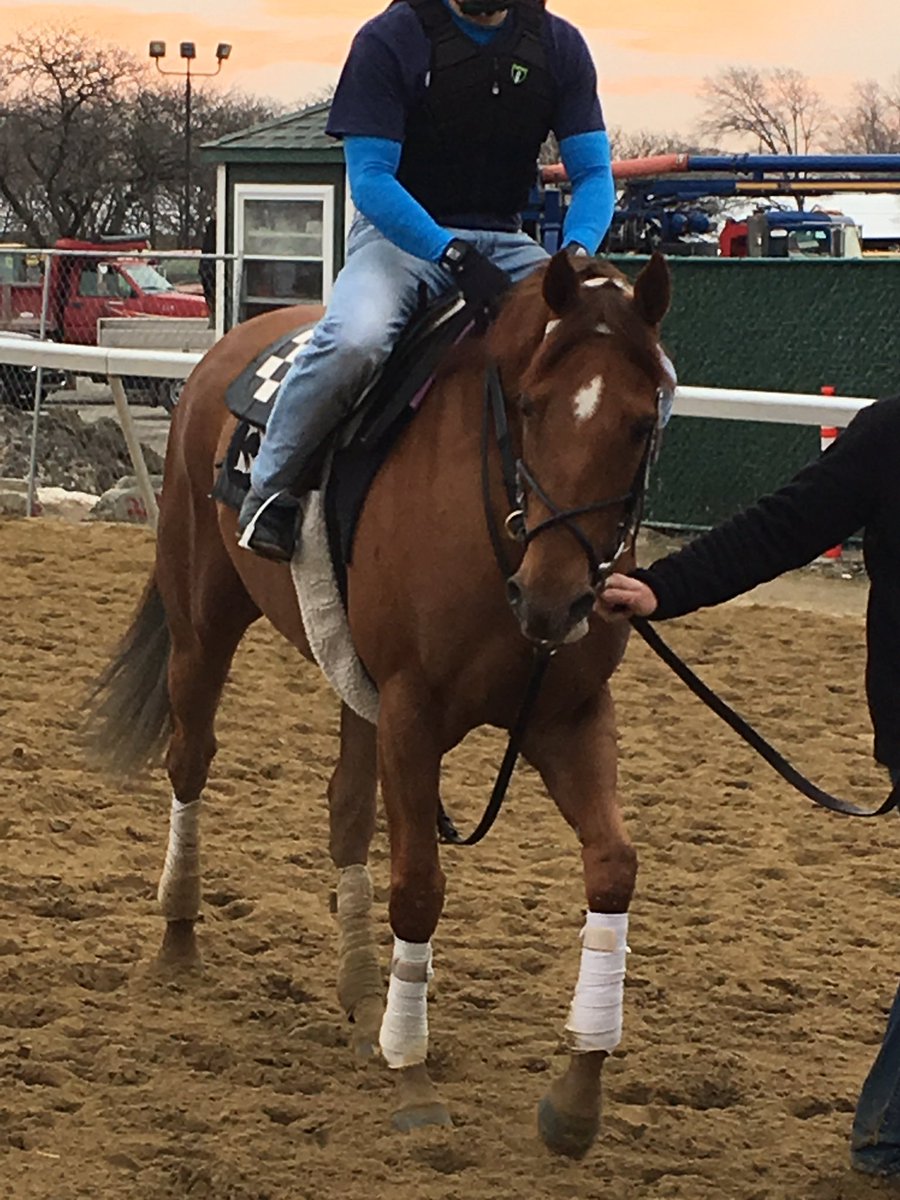 Brian Ivery @bcivery
Fox Rules has officially been retired. He’s sound happy and as always a bit cranky. Huge fan of this horse before and during my time of owning him. One of the best ever at Finger Lakes and a damn good turf horse too. Thanks to @DaveCannizzo @cscannizzo @KendrickCarmou1
Record: 61-18-8-5 $686,660

Good news. I just moved him over to the War Horse database a few weeks back. He looked pretty good in his last race on the 19th, duking it out with another 10yo - River Knight - at Aqueduct. He'll be well taken care of.

Tod Marks is with Danny Mullins. (Facebook)
5 hrs ·
Mr. Hot Stuff to begin third career. From the Kentucky Derby trail to steeplechase star, Gill Johnston's Mr. Hot Stuff did it all during 11 years on the track. The now-retired 13-year-old son of Tiznow last raced in the Iroquois in May 2018, and will embark on yet another chapter with his longtime pal Quinn Scala, assistant to trainer Jack Fisher, who conditioned the two-time Grade 1 winner during his long jump racing career. Quinn and Mr. Hot Stuff (pictured with Danny Mullins after capturing the 2017 Grand National at Far Hills) have been accepted into the Thoroughbred Makeover/Retired Racehorse Project in October at the Kentucky Horse Park. The program was created to give ex-racehorses a chance to transition from the track to other equestrian sports and activities. "I’m very excited to see what the future holds for the two of us," Quinn said. "I’m hoping to do the field hunters with him, but might possibly do eventing...I will let him decide what he wants to do. I won’t have to officially decide until August, which is nice. Hot Stuff is such a dude and a quick learner that whatever I decide to do with him, he’ll be wonderful at! It’s such an exciting time and I’m so glad I’ve acquired him and can give him the best home and a new career!"

Cherry Lodge was retired and will be bred to Quality Road.
"I'm here, free as the wind, fountain of extraordinary knowledge, splendidly corrupt, and eager to be of profitable service."
~ Peter Lorre 1904 - 1̶9̶6̶4̶ ∞
Top

The 7-year-old Northern Afleet gelding is the final foal produced by blue hen mare Win Approval. He is a half brother to champion turf male and Breeders' Cup Mile (G1T) winner Miesque's Approval and he will take up residence at Live Oak Stud in Ocala, Fla. World Approval will reside in an adjoining paddock to his dam and his multiple graded stakes-winning siblings Revved Up and Za Approval.

According to Claiborne Farm, the impressive MSW winner Heels retired to the farm recently and will begin her career as a broodmare. Wonder what happened.

Dottie Miller @DottieMillerPix
2h2 hours ago
Per Sharla Rae Sanders with @DougONeill1 SLR Fire Survivor CONQUEST TYPHOON has been retired from racing and placed with the CARMA Placement Program. He already has a potential adopter lined up who’s followed his entire career. #horseracing #conquestTyphoon #horses
Top