Unfortunate news 3yo Chief Barker euthanized after fracturing leg during running of the American Derby on Saturday. #arlington

Very sorry to hear this news. He struggled a bit after arriving in the states. Condolences to his connections.

by Catalina
That is sad. One can but wonder what went wrong, maybe started to go wrong before he came stateside. Condolences to Chief Barker's connections, and all his friends and fans.

The Lucky Dream - 7/10 Finger Lakes - Collapsed and died in stall.

And im fairly certain we are missing some from this list....
http://horseracingwrongs.com/killed-in-action-2014/

by baitandswitch
Kokaltash has been euthanized following his breakdown yesterday.....

Kokaltash, a French colt trained by Darrell Vienna, had to be euthanized after being injured on the turf course in the fifth race.

by RuffiantoRags
Just read that NY stallion Disco Rico was relieved of pain from laminitis a few days ago.

by BaroqueAgain1
Grade I winner Dance With Fate was euthanized after sustaining a serious injury July 24 when he bolted and crashed into a fence while on the track at Del Mar prepping for the upcoming San Diego Handicap (gr. II).

According to Del Mar Thoroughbred Club publicity, Dance With Fate was on the track at approximately 5:30 a.m. PDT nearing the far turn when he suddenly bolted to the outside fence and crashed into it, falling hard and losing exercise rider Joe Durant. Durant was taken by ambulance to Scripps La Jolla Hospital with unknown injuries.

The colt was removed from the track by ambulance and returned to trainer Peter Eurton's Del Mar barn where he was attended to by veterinarians for an apparent injury to his right rear leg. But efforts to save the 3-year-old colt were unsuccessful.

by Catalina
RIP, Dance with Fate, you stunningly handsome and talented boy. We had so hoped to see you back to racing, to see, in time, your sons and daughters, but fate had other plans. Godspeed, good boy, Godspeed.

I could only find that she was a rider at Emerald, and was about 30 years old. Was she injured?

by second_glance
J Cat, the last to die today at Del Mar -- 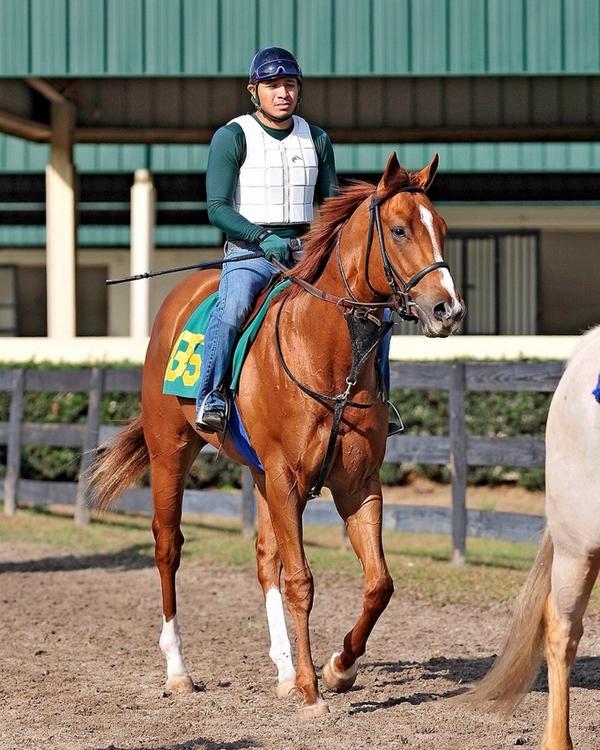 by BaroqueAgain1
The pain from Del Mar continues.

by ChampionCurlin
"Grade I winner and grade I-producing sire Beau Genius was euthanized July 25 at Ballena Vista Farm due to his recent declining quality of life in the last of his 29 years."
http://www.bloodhorse.com/horse-racing/ ... dies-at-29

ChampionCurlin wrote:"Grade I winner and grade I-producing sire Beau Genius was euthanized July 25 at Ballena Vista Farm due to his recent declining quality of life in the last of his 29 years."
http://www.bloodhorse.com/horse-racing/ ... dies-at-29

It was a fitting tribute to him that his son, Big Macher, won a Grade 1 over the weekend.

by BaroqueAgain1
Too bad Big Macher is a gelding, or he might have been a worthy son to carry on Beau Genius' bloodline.

by Izvestia
RIP Beau Genius. He lived a good long life, with success on the track and as a sire.

by BaroqueAgain1
RIP Father Johns Pride, 3yo by Grand Slam, who was pulled up with a sesamoid injury yesterday in the 7th at Saratoga.
https://twitter.com/DRFLivingston/statu ... 26/photo/1