There is a picture of Blue Eyed Streaker on Pedigreequery. He is certainly colorful himself.
http://www.pedigreequery.com/blue+eyed+streaker
Top

Foal Patrol put up a viewer feedback survey, if anyone is interested:

As Foal Patrol fans, we value your input and we would like to know what your experience has been on the site.

We’re gearing up for the second season of Foal Patrol and if you have a couple minutes, we’ve put together a short list of questions we would like you to answer. Your input will help us make the Foal Parol site even better!

Please click on the link below to take the brief survey.

Anyone know what or if Melhor Ainda foaled? I can't believe she's 15 already, I remember her scorching up the Belmont lawn like it was yesterday. Still think if it wasn't for some bad luck and ouchy feet, she had grade 1 talent.
Pulpit 1994-2012
Top

Ioya Two wrote:Anyone know what or if Melhor Ainda foaled? I can't believe she's 15 already, I remember her scorching up the Belmont lawn like it was yesterday. Still think if it wasn't for some bad luck and ouchy feet, she had grade 1 talent.

In my experience, European foals are added to equineline either late in the current year or early the next year.
What I did see was even though Darley had bought her for $2.3 million in 2007, they sold her in 2015 for $2,662.
Top


Wow - that's a list of racing royalty, to be sure.
Top

Tepin had a Curlin filly May first. New mom & foal are doing well.

She is now in foal to Galileo
Top

Bred to the top dirt sire in the US (or at least, one of the best)...and then the top turf sire in the world?
It would be pretty funny if her 2018 filly ends up excelling on the grass, and her 2019 Galileo shows best form on the dirt.

Richard Mandella stopped by the farm today to visit Beholder and Q B One! 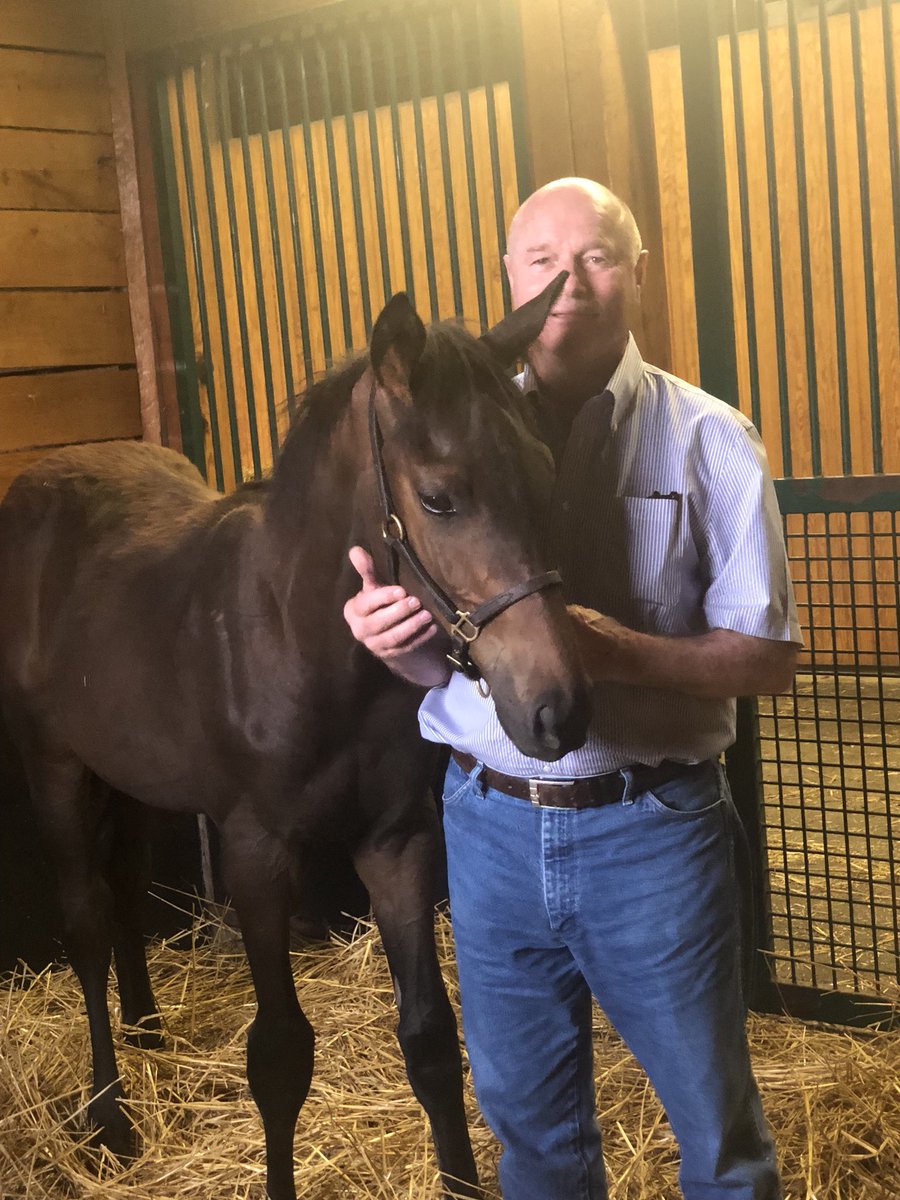 Timber Town Stable @Timber_Town
Beautiful mare Betterbetterbetter (IRE) and her Tapit filly, who likes to hang with mom and her buddy Plum Pretty '18. 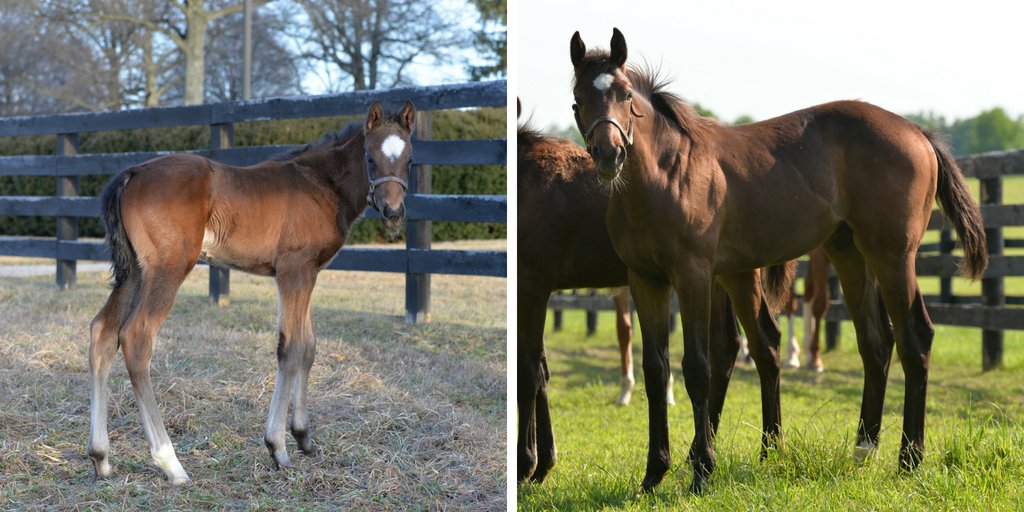 Juddmonte Farms @JuddmonteFarms
Jun 25
With her son crowned the leading sire of Royal Ascot 2018, Kind is queen of all she surveys back at home. Her foal is a full-sister to FRANKEL #WithoutEqual #FrankelWatch 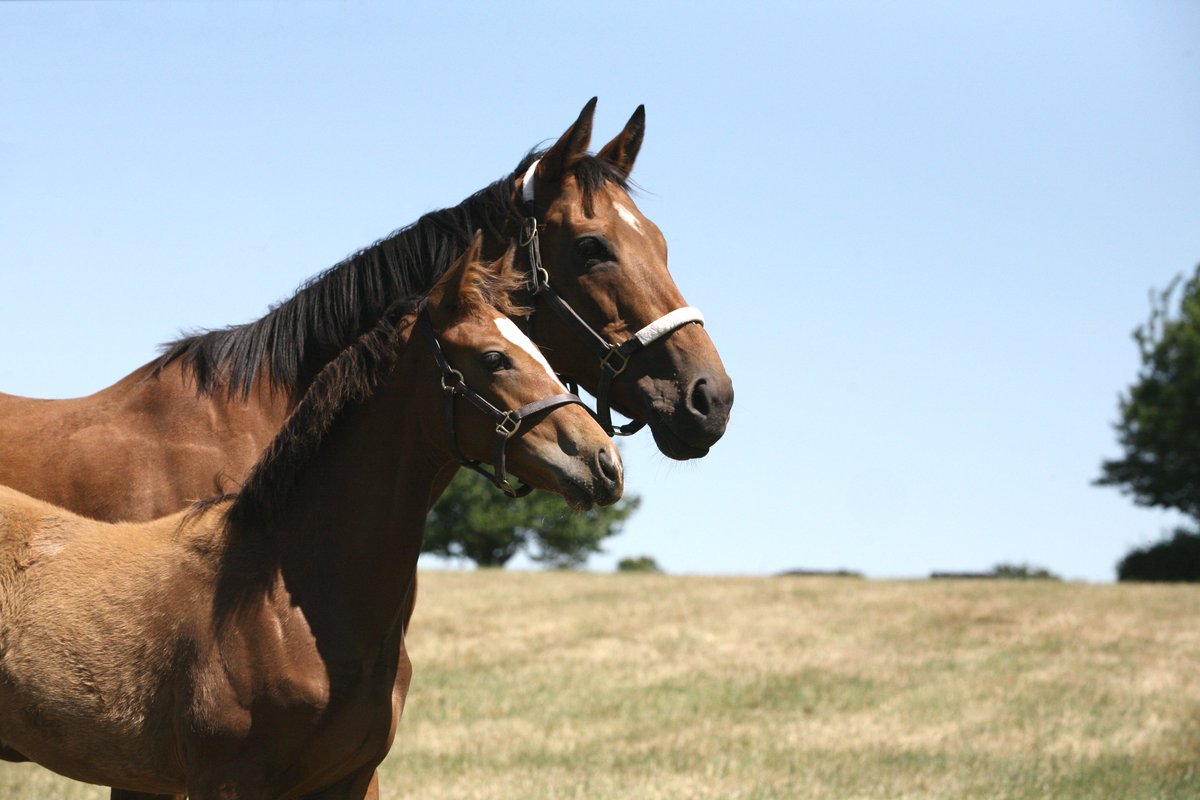 I'm so excited to have finally tracked down Grand Reward's G1 winning daughter City Glam (ARG), and even happier to report that she had her first foal, a filly by Invincible Spirit (IRE), on March 24 for Godolphin. I would love to find a picture, but have been unsuccessful thus far.

For those of you who aren't familiar with this mare, she compiled a record of 33-13-9-2 over four years of racing in her native Argentina. Her biggest win came in the 2013 G1 Gran Premio Suipacha (1000mT), but she won 8 stakes in total, on both turf and dirt. All but 5 of her career starts came in stakes company. City Glam (ARG) was bred by Haras La Quebrada.

Is that Kind's first Galileo filly? After all her boys, it must be nice to have a girl for the broodmare band.